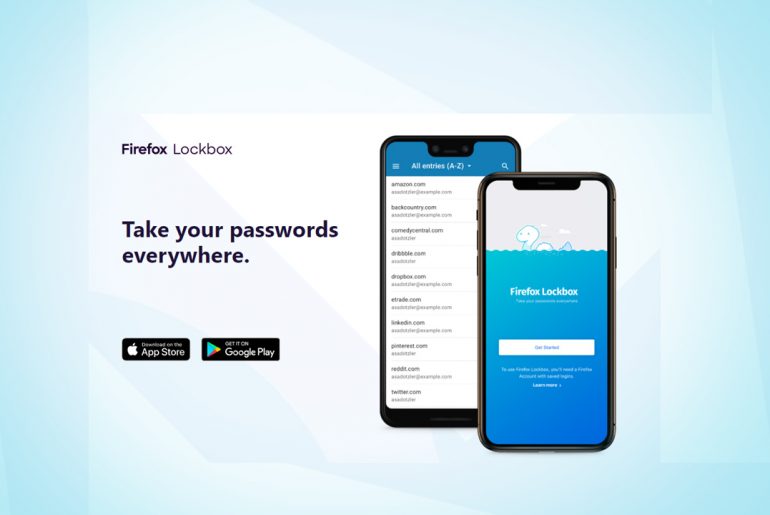 If you are a netizen, that is to surf the Internet regularly on a desktop computer or smart phone, but you also have multiple online accounts. There are at least two accounts – Gmail and Facebook Those two accounts are now virtually our online identity. There are also WhatsApp and Instagram. Love shopping? Then there will be your account in Flipkart or Amazon. Make money online, gas and electricity bill meet? Then you have to have PAYTM and Net Banking account too. Firefox Lockbox

If you are not too stupid to increase cyber hacking, someone no longer uses qwerty123 or 123456 or similar password. If you really want to keep your account secure, use different password for each account. Not only that, each password has at least 12 characters. Those characters include capital and small letters, digits and special characters.

But it is virtually impossible to remember complex accounts for each account! Yes, that’s right. And that’s why the popularity of apps for different password managers is increasing now. The app will remember the password for each of your accounts. Earlier on the Technobut’s blog, the readers of various password manager apps like Dashlaan or ice cream told readers. Now I’m talking about another password manager app called Lockbox.

In my opinion, the free password manager apps in the Google Play store for the Android phone are among the most powerful and secure in the lockbox password manager. The app was created last year for the iPhone and iPad. This year it has also been launched for Android phones.

The lockbox app has a brand value, because it has been created by Mozilla Corporation, ie Firefox. Last year, the app was launched for the iPhone and iPad. Firefox launches this year for Android phones Lockbox is much more powerful than many other password managers because they encrypt the password and id of your online accounts before they are stored in the 256-bit (AES-256-GCM) system. This is a powerful enough encryption system which is virtually impossible to hack.

One more feature is that, the ID and passwords saved in the lockbox app encrypted on your device, are never saved on the Firefox company’s servers.

This app has specific lock time. That means if you do not use it after opening the app, then the application will close automatically after a certain time. Apart from this, there are also password options for opening the app as well as face ID options.

The lockbox password manager app can be used only on Android or iPhone, not on desktop computers. For those who primarily surf the net on the computer, it is an added advantage.

First of all, you need to have a Firefox account to use this app. You also have to have Firefox browser on your phone or computer.

First download and install the app from Google’s Play Store. If you do not have a Firefox browser on the phone, download it from the Play Store and install it. You can find the two apps ‘link’ on the Facebook page of Technobutts.

After creating an account in Firefox, login to that account from Firefox browser. Now tap on the sync option and ‘check’ box next to Logins (if by default the default is not checked).

Android Q can be used on the computer – Features of Android Q!